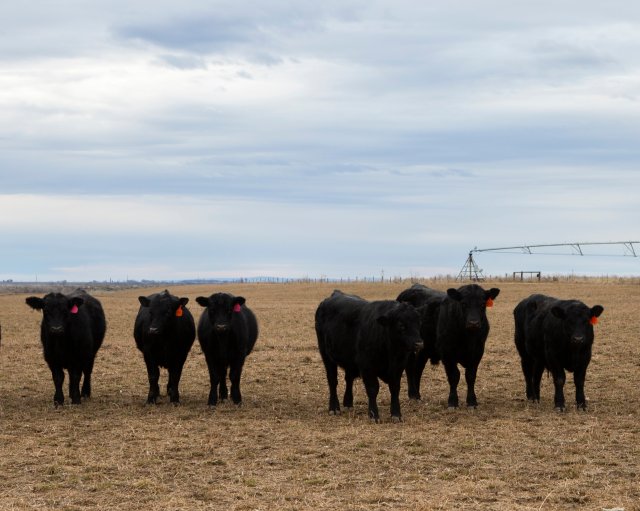 Depending on who’s running the numbers, commercial bulls represent a bothersome, necessary cost; an inestimable opportunity to advance herd genetics and goals; or something in between.
In every case, deciding what to pay for a bull boils down to determining value—the intersection between a buyer’s perceived worth of a particular bull and how much the buyer is willing to pay for that perceived worth.
Primary sources of bull worth include getting cows bred, genetic progress, the number of calves sired and the relative value of calves sired compared to those sired by another.
For many commercial buyers, pricing bulls starts with determining value relative to calf or feeder cattle prices at a given point in time. For instance, you’ve likely often heard that a bull is worth five or six weaned steer calves, a predetermined number of replacement heifers and so on.
“Calculated cost per calf and per hundredweight of calf weaned per cow exposed are good indicators to compare bull investments,” says Jim McGrann, noted agricultural economist and Texas A&M University professor emeritus. “The number of calves required to pay for the bull is a good indicator to monitor the investment (see “What’s a bull really worth?”).” McGrann owns Ranch Management Economist, a ranch business consulting firm.
Bull prices paid
More than half of respondents (56%) to an exclusive BEEF genetic survey of commercial cow-calf producers say the average price of bulls purchased in the last three years ranged from $2,500 to $5,000. More specifically, the range was $2,501-$3,500 for 29% and $3,501-$5,000 for 27%. At the upper end, 13% of respondents say their average bull purchase price was $5,001-$7,000. It was more than $7,000 for 8%. At the other end of the spectrum, 24% say the average purchase price of their bulls was less than $2,500.
“The investment in a higher priced bull that can contribute to improved production of more market-acceptable calves and better weaning weight for the cow-calf producer is not that costly when numbers are put into perspective for calves sired and as a percent of the breeding cow’s total annual cost,” McGrann says.
According to survey respondents, 56% buy their bulls private treaty, compared to 40% who acquire bulls at auction and 3% who do so via video auction.
A strong majority (72%) of respondents to the BEEF survey said their most recently purchased bulls came from seedstock suppliers they’ve dealt with for more than five years (46%) or three to five years (26%). Overall, 57% said they haven’t changed seedstock suppliers within the last three years (see “Opportunity to expand seedstock market share”).
To get an idea on genetic breeding cost per calf, respondents run one bull with an average of 26 cows or 19 heifers.
Value decision support tools
“In making the decision between bulls, you need to really think about what you’re getting for your buck,” says Matt Stockton, an agricultural economist at the University of Nebraska Lincoln (UNL). “What’s this bull going to give me versus this other one in terms of calf value?”
Stockton developed the Bull Value Cow-Q-Lator1 (BVCQ) several years ago, which helps users consider differences between bulls based on their total cost and the estimated value difference in the calves they sire.
As for cost, the BVCQ considers such things as purchase price, feed cost, salvage value and ultimate replacement cost.
Likewise, McGrann developed the Herd Bull Investment and Cost Analysis2. It’s a decision aid that addresses comprehensive cost. On the other side of the ledger, expected calf revenue is based on weaning weight and price.
Both of these aids provide results such as the annual service cost per cow and per calf weaned, as well as other metrics to gauge the economic differences between bulls.
Service demands are reasonable
Of course, buyers pay for more than the actual bull and his predicted genetic merit. For the price, they’re also purchasing the warrantees and services provided by seedstock suppliers. Judging by the BEEF survey, though, buyers don’t expect many bells and whistles.
Among services respondents say are important: assurance beyond the normal breeding guarantee (62%); herd visit and consulting (32%); being able to buy without attending a sale or visiting the supplier (26%); access to outcross genetics within the breed or composite offered (26%); free or subsidized trucking (25%); free or subsidized insurance to cover injuries for the first breeding season (17%); assistance marketing calves (16%); access to more than one breed or composite (13%).
1Bull Value Cow-Q-Lator: https://farm.unl.edu/beef#decision
2Herd Bull Investment and Cost Analysis: https://agecoext.tamu.edu/resources/decisionaids/beef/