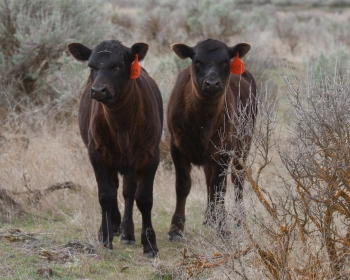 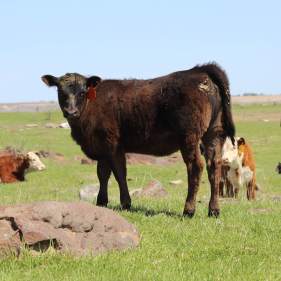 Kaine is really excited to show his bred and owned heifer next year, BK Christmas Eve 953, who is by Sitz Response 405C.  Response is a powerful Resource son from the dam of Sitz Investment that we expect to add muscle, fore rib and base width. Sort Response in the Angus database for the traits of merit, including his combination of growth, mature weight and height…he is unique! 953’s dam is BK Christmas Eve 448, “Winter,” who is by S A V Platinum 0010. Platinum was one of the featured AI stud prospects at the record setting 2011 Schaff Angus Valley Sale in ND. He offered one of the largest spreads for birth ratio to weaning ratio of his entire calf crop. A long bodied, deep ribbed bull, he should sire the “keeping kind” of females. 953 was born 12/14/19

We have had a number of bull calves by SITZ Response 405C and have really been impressed with their low birth weight and high growth. They are deep multi dimensional bulls that are very functional.